Why indigenous tourism can save Brazil and Brazilians 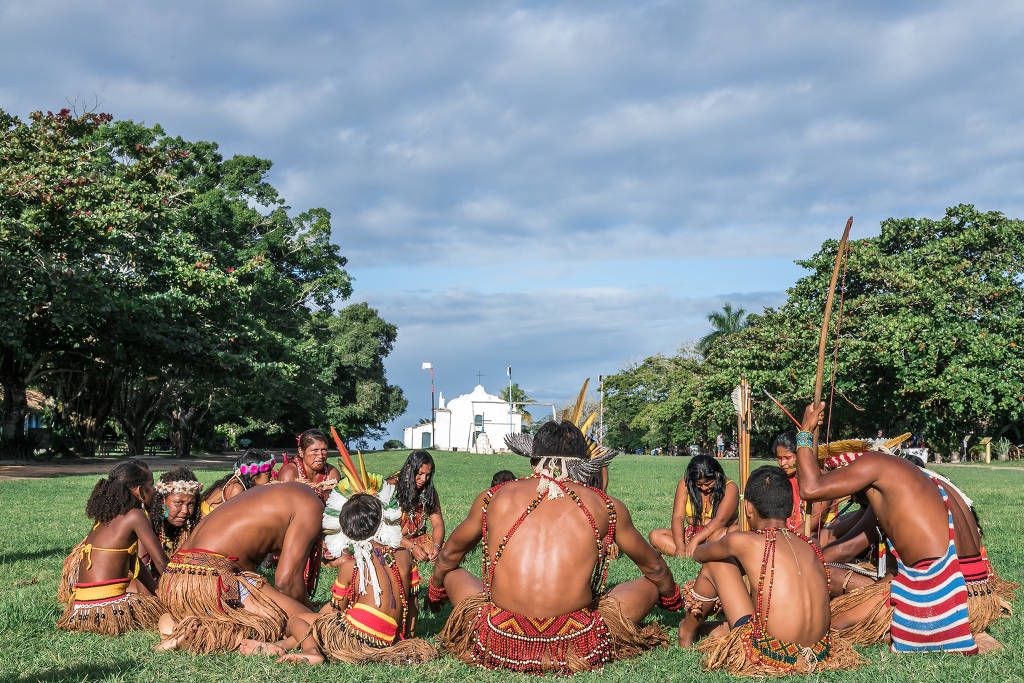 Every time I have the privilege of being with Brazilian indigenous people, I feel as if that moment was as valuable as several therapy sessions or many classes in a traditional school.

That’s how I felt recently when visiting the Tenondé Porã village, which oddly enough, is located inside the largest capital of Brazil, São Paulo.

The reason for the visit? Another pleasure: to promote the meeting and exchange of experiences between the village and Valdemar Lins, representative of AYRCA – Yanomami Association of Rio Cauaburis and Tributaries & coordinator of the Yaripo project – Pico da Neblina, that comes from Maturacá, municipality of São Gabriel da Cachoeira (Amazónia), a region known by the Yanomami people and Urihi (which in English can be translated to “our forest land”). You can access Maturacá with a 14-hour boat ride from São Gabriel da Cachoeira, which in turn is a 2-hour flight from Manaus, capital of Amazónia.

I had the opportunity to socialize with Valdemar, who came to participate in the first debate on tourism in indigenous lands, promoted by the Collective Muda for Responsible Tourism – of which I am the founder – in partnership with the Ministry of Tourism and held within the largest tourism fair in America Latina, the Fair of the Americas.

We made history by putting indigenous people in their rightful place, where they should never have left: the stage. Operators specialized in responsible tourism in the Amazon, FUNAI (National Indian Foundation) – the body responsible for regulating tourism in indigenous lands since 2016 -, Valdemar and Kerexu Mirin, president of the Guarani Krukutu Village Association, tried to clarify, conceptualize and demystify the importance of tourism as a vector of social, environmental and economic development for indigenous peoples.

The event was a success, the auditorium was not big enough to host the people interested, many had to sit on the floor. Everyone was there: travel agents, guides, industry professionals, public managers. The public was eager to know more, understand, clear their doubts and get closer to the topic, which is still very recent.

Their young age is impressive. Valdemar is 27 years old and Kerexu is 23, both already occupying leading roles in their villages. Those who live with indigenous people know that the older ones are usually the community leaders in these matters. A sign that times are changing, and that more Greta Thunbergs will be coming.

I learned so much from Valdemar those days, his sparse speeches, his open and attentive look, his precise conclusions showed me how much we need to learn to be objective, to focus on what really matters and to listen to silence. With the Guarani, together with Kerexu, I learned the true importance of time and how it is necessary to be present in what you do, respecting the rhythm of the individual and nature, and the persistence of wanting to rescue and preserve their culture through responsible tourism.

And it was from Jerá Poty Mirin, leader of the Tenondé Porã village, that we heard something that shook our minds. Jerá has been working for 6 years in a movement to rescue traditional agricultural systems and organic planting in his village. You would think that the proximity to the city would not encourage these efforts, but the truth is that the villages are within the city and even so they persist in their cultivation.

She has already traveled throughout Brazil and South America, exchanging seeds and species. Potatoes alone, there must be over 50 different varieties. Jerá is a teacher, studied pedagogy and today considers herself a farmer, which is her main activity that she is very proud of. In a very simple speech, she shared her reflections with us. “The juruás (whites) live with the illusion that they need to study, have a career and follow a plan like everyone else, in order to be happy and succeed. Who said that? Today I am a farmer, I live in my village, I am happy.”

Finally, we talked about tourism. For them, visitation is seen as a form of education and demystification of indigenous culture for non-indigenous people (as I mentioned in the local newspaper ‘Folha’ about the Xavantes).

The Tenondé Porã village mainly receives groups from São Paulo’s public and private schools. Since the territory’s visitation plan was approved and culminated in this beautiful site, where reservations are made and the dissemination of activities, the demand for leisure tourism has increased a lot. Most often in small groups (families or couples ), which Jerá wisely explained they do not desire.

A group is much more advantageous and I immediately thought as the head of operations: “yes, of course. But why not charge a higher amount to the smaller groups and thus guarantee the same income?”

Glad I practiced breathing, pausing, and listening because shortly she answered before I could ask: “we don’t want to live off tourism, we need to do our own thing. With the visits we really want to make people more aware, so when a large group comes, the chances of getting a better outcome are higher.” That is, money is good, but clearly not the priority.

Why money without time? So simple. So obvious. So transformative.

Imagine if every Brazilian could have this experience and leave with this question: what is the use of money without time? What would be the impact on the individual and on the collective?

Responsible tourism is a good alternative for indigenous peoples, as long as they are protagonists in the planning, organization and implementation process. In addition, the role of serious and sensitized partners make the sales process a real “filter”, resulting in more serious tourists, open minded people who can truly honor the privilege of drinking from the fountain of our ancestry.

That’s what the members of Coletivo Muda – including Vivejar, my company – believe. Not only for indigenous peoples, but for all the traditional people of Brazil. Allow yourself to dive into an experience like this: simple, obvious and transformative.

By Marianne Costa for Folha de São Paulo on October 8, 2019.